A Flying Plague at Flitton 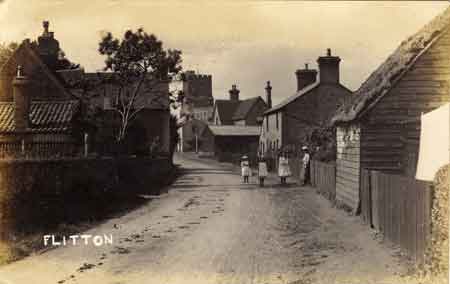 Barton-le-Clay
More regular village arrangements have had to be cancelled or scaled back due to the war. The Harvest Festival will be limited to just thanksgiving services, with none of the usual festivities – no decorations, tea meetings, flower shows or other celebrations. Street lamps will not be lit this winter, so the usual collection made by the Parish Council to fund street lighting will not be made; funds still in hand will be kept for future use. The local Football Club have decided not to arrange any fixtures and to suspend playing the game indefinitely.

Gravenhurst
The village has joined in the National Collection of eggs for the sick and wounded thanks to the work of Miss Miller. The effort has been a great success. On a less happy note the village has been suffering from a plague of winged daddy-long-legs.

Flitton and
A Roll of Honour for the parish has been presented to the Church by the Vicar and placed on the door. War slides are to be shown at the Parish Room on alternate Wednesdays, starting on October 6th. A collection is to be made at the door for comforts for our soldiers. Flitton has also been suffering from a flying plague, in this case of wasps and gnats. One wasp stung the oldest inhabitant of the village, Mr Charles Downing, senior.

Westoning
Mr Peppiatt has been wounded at the and has lost part of his lung. He was in hospital at before returning to Westoning on September 11th to recuperate. Mr George Gazeley has been wounded three times. He hoped to be able to come home last month but this has not been possible. He has been in the firing line virtually since the beginning of the war. Herbert W. F. Higgs has been promoted to leading mechanic in the Royal Naval Air Service.

Clophill
The Rector is now with his Division on Salisbury Plain and is expected to proceed to the Front within the next couple of months. The 1st/5th have been fighting hard on the . Fortunately no Clophill men are among those killed, but Corporal J. Lomas and Private E. Eddy are among those wounded. Corporal G. Whittamore of the King’s Own Scottish Borderers has been home on leave. His wound, which had previously been giving much trouble, has now healed satisfactorily and he expects to be leaving shortly for service in France or the East. Private S. Webb of the King’s Royal Rifles returns to his regiment today after a short leave. He came straight from the trenches at La Bassée and has been in the firing line since November.

Source: Monthly Magazine for the parishes of Barton-le-Cley, Clophill, Flitton and , Gravenhurst, Silsoe, Westoning, October 1915 [P21/30/17]
Posted by Kathryn at 07:00