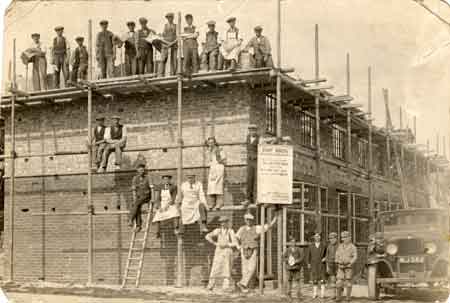 Thursday 7th October 1915: The carpenters and joiners of Luton demand for an increase in pay of ½d per hour has been refused by the Luton Master Builders’ Association. Following a meeting of the Association on 23rd September they were informed that “no advance in wages could be given by those members engaged on building operations of the ordinary nature. Building and munitions now in hand for the Government are upon another basis”.

In response to this letter a meeting of the Amalgamated Society of Carpenters and Joiners was held at Luton last night at which the following resolution was considered:

After listening to a number of speakers in favour of the resolution it was passed unaminously. An appeal was also made to non-unionists to join the Union and stand with it in this struggle.