Theft of Army Stores at Bedford 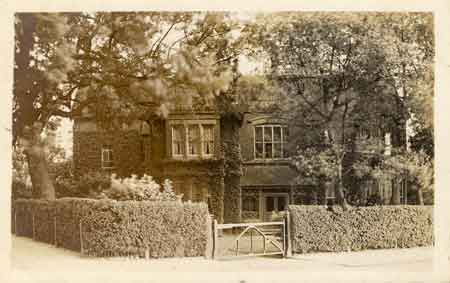 Monday 11th October 1915: William Thomas Hills, a fruiterer of 72 Russell Street, Bedford, has appeared at the Bedford Sessions today charged with stealing food and other items valued at £7.7s.8d from the Military Stores at 33 Shakespeare Road, or with receiving the goods knowing them to have been stolen. Evidence was heard from Corporal Harry Panter of the 2/2nd Monmouth Regiment who was in charge of the meat and grocery bar at Shakespeare Road, the Regiment’s HQ. On October 5th at 5pm he locked the door of the store room and took the key with him. The next morning he found a door burst open and the lock of the door in the meat store forced off; about 80lbs of bacon, coffee, a carcase of mutton, and two tins of corned beef were missing. When the other store was checked later slippers, razors, cutlery and toothbrushes were missing.

Octavius Richardson, a slaughterer of 23 Harpur Street, said that Hills had brought the mutton, a ham and a side of bacon to him on either Wednesday or Thursday morning, claiming to have received them in exchange for bananas and other fruit. Richardson paid him 30 shillings for the meat. He bought the meat – then in “a little better condition” – to eat, not to sell in the shop. P.C. Turvey and Detective Dodd found the slippers, razors, cutlery, a large ham, a small piece of bacon, two tins of corned beef, coffee and milk at Hills’ house and took him into custody. While the policeman was checking the goods Hills said “I don’t want to give you any more trouble than I can help; I am in a hole, and have got to get out of it the best I can”. He pleaded guilty to receiving the goods, saying that they were stolen by three men who brought them to him. It was understood that the military were dealing with someone who was behind the theft.

Hills’ defending solicitor said his client had agreed to purchase something, but that the majority of the goods were forced on him and he yielded to temptation. He had lost his wife about 12 months ago and had five children aged from 3 to 18, the youngest child being paralysed. He had previously served in the Northampton Police Force, which he left with a good character. He had worked for many years, saved a little money, and set up in business as a fruiterer. In view of this the Bench decided to fine Hills £10 rather than to send him to prison.