"I Will Not Take Drink Again" 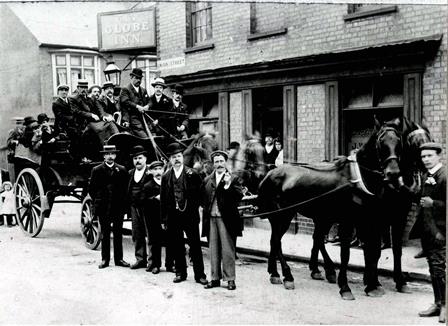 Saturday 23rd October 1915: George Thomas Anderson, a soldier of the 2nd Battalion of the Bedfordshire Regiment has been charged at Luton Borough Court with attempting to kill himself by stabbing himself with a knife. His mother-in-law, Sarah Holland of 20, Langley Road, said that yesterday evening Anderson had supper at about 9.30 p.m. She went into the back room. When she returned to the kitchen she saw Anderson lying on the floor. She bathed the wound and sent for the doctor. When Dr. Lewis arrived at Langley Road he found Anderson in bed. He told the doctor “I don’t know why I did it. God must have guided my hand. I wish I had done myself in”. Doctor Lewis informed the police and gave them a knife smeared with blood. He was taken to the police station ambulance. The wound was in his chest, and it appears his life was saved by the knife catching on a rib.

Anderson had been serving at the Front where he had been wounded. He was recently released from hospital and came to Luton for a few days’ leave, prior to re-joining his regiment next Monday. He is believed to have been drinking heavily and it is believed drink was the cause of his actions. He told the Bench “If you look over this I promise you faithfully not to take drink again. I have been hit with shrapnel in the ear, and I had three pints yesterday. If you let me off this time I promise I will not touch a drop of beer as long as I live. It has learnt me a lesson. I don’t know what I was doing. I seemed to have lost all feeling.”  His wife said she had never had trouble of this sort before and believed her husband when he promised not to touch drink again. He was advised to see the Court Missionary and sign the pledge, was bound over in the sum of £5 and allowed to go.