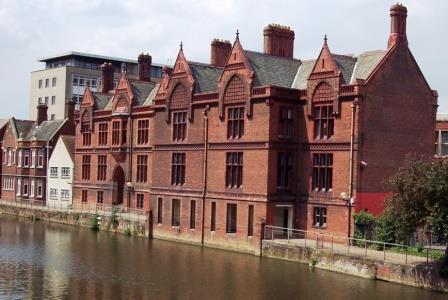 Monday 18th October 1915: Gunner Henry Charles Martin of the Royal Garrison Artillery appeared at the Bedfordshire Assizes today on a charge of murdering his wife at 6 Queen Square, Luton, on October 4th. The jury was told there was no evidence of any quarrel over the weekend before Mrs. Amy Martin’s death. Their son, Charles William Martin, aged 13, said that on the Sunday they were all quite happy, although there had previously been trouble about another man. At the Whitsun bank holiday the family had visited his grandfather in Luton. His father returned home the next day but the rest of them stayed for a week. During that time he saw his mother and a soldier named Newbury kissing. When they returned to Barking there was trouble between his parents and soon after his father joined the Army. The rest of them returned to Luton where his mother continued to see Newbury. When their father visited them his mother would send himself or his brother Albert to Newbury with a letter telling him to keep away. He had heard his mother tell his father she intended to go to Australia with Newbury.

Martin told the court that he had tried to induce is wife to give up Newbury, but without success. She had moved to Queen Square from Blythe place without telling him. He threated to go the police about the use to which she was putting the house; she had burst out crying and promised to give up Newbury if Martin would return her wedding ring which she had thrown at him before she left Barking to return to Luton. A fortnight before her death she had told him she intended to go to Australia with Newbury, taking their little daughter Gracie with her. When he reprimanded her she hit him on the head with a poker. She had taken their life savings but wrote to him pleading poverty, although she was working and earning good money. When he struck her on the fateful morning he meant to hit her with his fist and forgot he had the knife in his hand. If she would only have given Newbury up he was willing to forgive her.

Medical evidence was given that the stab wound to Mrs. Martin’s neck would have taken very little force. The knife cut the jugular vein as it came out, a vein which lay almost on the surface. There was no evidence of a struggle in the bedroom and a  determined blow with the knife would have caused a much more extensive injury. Gunner Martin admitted causing the wound but said he had been driven to it. Police Inspector Janes, who had known Martin for many years, stated that the man was reputed to be a quiet, hard-working man and a respectable citizen. His wife was “a gay woman and fond of going about”.

The jury were told that the real issue was whether Martin was guilty of murder or manslaughter. The prosecution said that “provocation would be pleaded, but there was no provoking the blow struck, and provocation by word of mouth was not adequate under the circumstances to reduce the charge to one of manslaughter … It was a sordid story, but the jury must not let that turn their judgment from their duty, and under the circumstances, having regard to the absence of a struggle, and the deliberate going round the bed to strike the woman, murder was the only verdict which could be returned. The defence submitted that “at the time he committed the act he was beside himself, and tortured beyond endurance, and that under the circumstances the jury would be justified in returning a verdict that he was guilty of manslaughter only”. It was only by chance that the wound inflicted proved fatal and Martin had no intention to kill his wife. The judge pointed out a number of things which told in favour of the prisoner.

After retiring for about ten minutes the jury returned the verdict that Martin was not guilty of wilful murder, but was guilty of manslaughter under great provocation. His Lordship expressed his agreement with this verdict and was in no doubt that it was the correct conclusion. However, as “he could not countenance the notion that people might so lose their tempers under provocation that they could use the knife” Martin was sentenced to twelve months in gaol.