Luton to Apply for Lighting Order 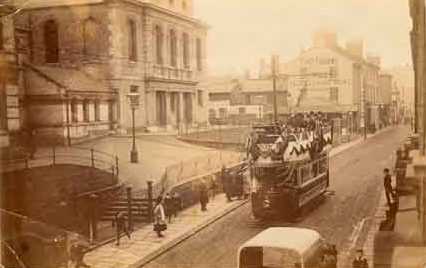 Wednesday 20th October 1915: Luton Town Council have taken the decision to apply to the Home Office for an order under the Defence of the Realm Regulations for controlling public and private lighting. Efforts have been made for some time to reduce lighting in the town voluntarily but these have proved ineffective. When asked by the police to restrict their lighting the town centre businesses did so, but turned them back on the next night or even soon after the police left. It was felt that some shopkeepers would be glad to have a compulsory order which would make everybody fall into line. Factories and even places of worship were also to blame, with the Non-Conformist chapels in Chapel Street and Castle Street both having big outside lamps in use.

The lighting order will regulate shop, factory, railway, street, and private house lights. All street lighting would be prohibited and interior lighting must be screened to that no bright light can be seen from outside. The only outside lighting permitted would be that deemed necessary for public safety by the police and military authorities. Breach of the order when it is introduced will be punishable by a fine of up to £100 or imprisonment for a maximum of six months. The intention is that the order will be rigidly enforced and offenders cannot expect to escape with nominal fines.