A Letter from Gallipoli 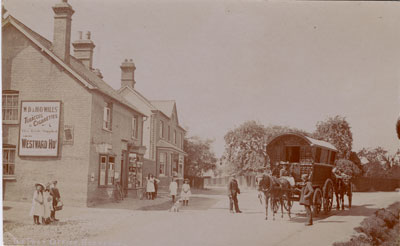 Wednesday 27th October 1915: In August our military colleague heard from Private E.J. Albon of Stotfold who is serving as a signaller with the 1/5th Bedfords at Gallipoli. He has now written to his parents with the news that he is out of the trenches for an eight day rest, although he complains that “it is practically the same as being in the trenches both for work and rifle and shell fire.” Fortunately since the action in August he has been moved to another part of the line where the casualties are much fewer and they are “just losing a man or two when we are in the trenches, but that’s caused mostly by rifle fire”.

Like the East Anglian Royal Engineers the Bedfords are becoming creative in their use of rations. Private Albon says “We are getting quite expert cooks now. We make an oven of a biscuit tin buried in the bank and turn out some decent tarts using powdered biscuits for flour and when we don’t get bread, which is very often, we have rice puddings and anything like that, so long as we can manage without our inevitable biscuits and bully”. He hopes that when he returns to the trenches he will be fortunate as he was the last time, when he was posted to the telephone station attached to the Quartermaster’s Stores about a mile from the firing line. As a signaller his worst job is dispatch carrying, but as that duty lasts only for a 12 hour stretch “I don’t mind doing my bit any time”.