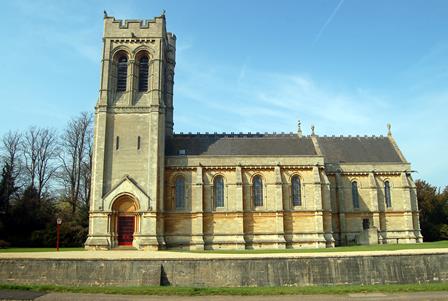 Barton-le-Clay
The scaled down Sunday School Treat took place on July 14th. The attendance of around 300 was larger than last year and the showery weather did not dampen enthusiasm. Fortunately the Rectory grounds offer plenty of shelter, and sports, cricket and football were held between showers. As suspected last month all railway excursions have had to be cancelled this year, but the probationary choir of the were taken to on Saturday 17th July. The forty members of the Choir visited on Wednesday 21st July, stopping at on the way where they watched the soldiers drill and perform a gymnastic display. The Park at was “a pretty picture, trees in their beauty, graceful deer of all descriptions, emus, birds and the bushy squirrel”. After tea there was a visit to and a return trip by way of Eversholt and a visit to the Manor gardens at Westoning.

Gravenhurst
On Sunday evening July 4th a violent thunderstorm passed over the village while the sermon was being given at the Methodist Chapel. Mrs Frank Fisher was seated between two open windows; the draught acted as a vehicle for the lightning, which struck the spectacles she held in her hand. These were snapped in two and hurled to the ground, and Mrs Fisher was paralysed down her left side. The Doctor believes that if she was wearing the glasses she would have been killed instantly. Fortunately Mrs Fisher is now on the road to recovery. We should all learn the lesson never to wear glasses during a storm and to close all windows.

Silsoe
On Friday July 23rd a meeting was held in the schoolroom to promote the South Beds War Savings Campaign. It is important to remember that the German military machine cannot be defeated without money and that everyone, rich and poor, is able to help. Imagine what a large sum could be raised if everyone saved one penny a day – money that would be lent to the government at a good rate of interest. The War Loan was explained, and the audience were reminded that money invested could be withdrawn at any time by application to any Money order Office. Is was suggested that a large amount could be saved by following the King’s example in abstaining from drink.

Clophill
The Rector of Clophill, Reverend Cecil L. Matthews has left at short notice to join the troops as a chaplain. He says “I hope that when I go to the Front you will remember me, and the other Clophill men, in your prayers, and that God will send us the Victory in this awful war”. The village has seen a number of other departures. Bertie Webb and Herbert Young have joined the Mechanical Transport of the Army Service Corps; Trooper H. Gibson of the 5th Royal Irish Lancers, Corporal H. L. Cunnington of the 8th Battalion of the East Surrey Regiment, and Privates L. Ansell and E. Eddy of the Beds Territorials have all left for the Front. Also to the Corps Headquarters of the Royal Engineers who have been at Clophill since early February have left for the East. Relations between these “splendid fellows” and the village have been most cordial.

Source: Monthly Magazine for the parishes of Barton-le-Cley, Clophill, Flitton and , Gravenhurst, Silsoe, Westoning, August 1915 [P21/30/17]
Posted by Kathryn at 07:00