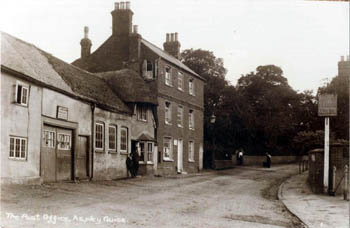 Saturday 18th December 1915: Thomas Poland, the postmaster of Aspley Guise, was brought before a special court at Fenny Stratford this morning and charged with stealing two diamond rings from a registered postal parcel which was in transit at Bletchley Central Post Office. On hearing the charge Mr. Poland stated “I am absolutely innocent of the crime”. The accused, who is a married man and a property owner, had been a clerk and telegraphist at Bletchley and had only recently been promoted to the Aspley Guise postmastership. Bail was granted in the sum of £100 with two sureties of £50 each.