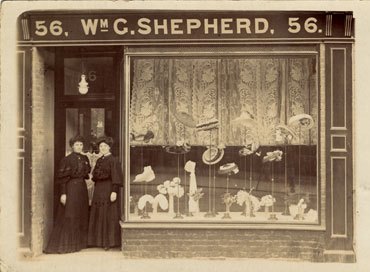 Friday 10th September 1915: The straw boater trade which is so important to Luton usually undergoes a slack spell between June to September, but the poor market of the past year has meant the usual optimism with which the manufacturers look forward to the next year’s trade is missing. The best that can be said is that those in the trade are facing the future with “grim determination”. Large orders for straw foundationed helmets of a design like that of the pith sun helmets supplied to troops in India have provided some relief. These are being supplied to troops fighting in the Near East, including the men of the 1/5th Battalion of the Bedfordshire Regiment at Gallipoli. Bleachers have been forced to raise their prices due to the rapid increase in the cost of dyes. The lack of trade means that the bleachers and dyers are also feeling the pinch, although those houses which combine a felt trade with their dyeing and bleaching departments are doing rather better.

Some “fussy busybodies” have recommended that women should be more thrifty and wear less dressy hats, suggesting that if – like men - they adopt a standard style there would be considerable savings in the number of hats needed. If this was to be widely adopted the hat industry would receive a ruinous blow, inflicted on top of the difficulties caused by war conditions. While the need for economy is understood, to economise on articles which are produced by the employment of so many women and which provides a livelihood for so many would defeat the object. With the loss of trade in men’s hats as so many have enlisted in the army the trade in women’s hats has become vital to the industry. Although the demand for straw hats is low, autumn is expected to see an increase in trade in felts, velours and velveteens. The bright sunshine enjoyed in September so far is creating a demand for white felts to complement the fashionable white costumes. Predictions for the leading styles for next spring include modified sailor hats with varied styles of brim.

The changing fashions make it necessary for employees to be more flexible. Those who have spent many years using the same machinery and are reluctant to try other work are finding it difficult to secure employment. It is likely that machine work will only be available seasonally. The lack of demand for straw plait on the continent, together with changing tastes at home have resulted in a great surplus of raw materials, which are now filling the store rooms at the Luton railway stations.