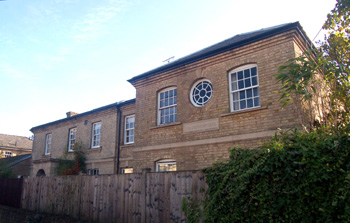 Monday 27th September 1915: Two members of the Royal Field Artillery billeted in Linslade have appeared at the Linslade Petty Sessions charged with damaging with intent to steal pears worth five shillings. The pears were in the garden of Richard Rowe in Church Road and were all right on the evening of Saturday 11th September. On Sunday 12th Mr. Rowe found thirty pears on the ground and the boughs broken. P.C. Hillsden said that at 2.40 a.m. on the Sunday morning he had heard some rustling in the trees over a six-foot wall. After he blew his whistle Thomas Meachin came over the wall and said he had only been for a walk. Meachin later admitted that he had been after the pears and gave some he had taken to the policeman. The second soldier, William Brunt, came over an adjoining fence but had no pears in his possession. The soldiers’ officer said that the two men had been on duty at the orderly room that night and had been confined to barracks for seven days for neglect of duty. They were ordered by the court to pay five shillings each, but no conviction was recorded.