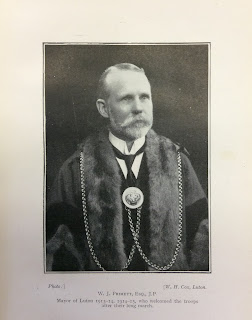 Friday 3rd September 1915: News continues to arrive in Luton of the heavy losses suffered by the 1/5th Bedfords in the Dardanelles, making this an extremely distressing week for the town. Mayor Walter Primett told a meeting of the Emergency Sub-Committee of the South Beds Recruiting Committee last night that he has written to the relatives of all the officers who have been killed. The Committee unanimously agreed that it would also send letters of sympathy. There was considerable regret that the length of the casualty list meant it was not possible to write to the relatives of all the men killed or wounded. It was decided that a record of all these would be kept, and it was hoped that there would come a time when a memorial could be erected. A list of the names of Luton men serving in other units who have given their lives for their country will also be kept.