No Strikes in France 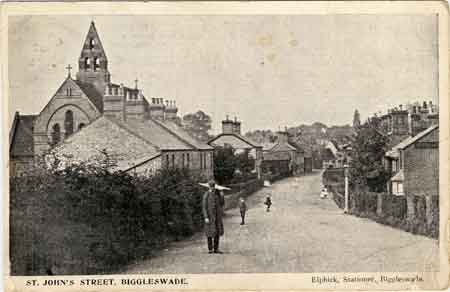 Sunday 5th September 1915: The Reverend Edmund Gatty, a former curate at St. John’s Church, Biggleswade[1], has been out in France for three months driving his car for the Red Cross. He has described the work he has been doing and given some of his impressions of the country to the Bedfordshire Express:

“The mothers and wives and daughters with amazing ability, have assumed full charge of the men’s work in the background. You see them everywhere – working the farms and the factories, doing heavy manual labour, most of them stricken with grief and anxiety, sparing nothing, shirking nothing, to keep things goings. It is their pride to be able to send their men-folk money at the front, and gifts, for there is only nominal pay – for the men in the trenches a halfpenny a day and a totally inadequate separation allowance. There are no strikes in France, and no desire to strike. I never felt so ashamed as when Frenchmen asked me how they were possible in England. All are trying as hard as they can to do their very best possible for their beloved country.”

“Of our own work, 30 cars and 55 men carried 18,000 wounded and sick in three months. The highest number in twenty-four hours was 1,001. We carried them direct from the field ambulance stations, which are about half a mile behind the trenches, to the distributing stations about eight miles back, and thence to different hospitals. One lived in an uproar of traffic and guns, which practically never ceased, but one became entirely accustomed to it, as one did to ghastly sights and risks of infection from nearly every known disease. We were incorporated for the time in the French Army, drawing their rations and pay, and under their discipline.”