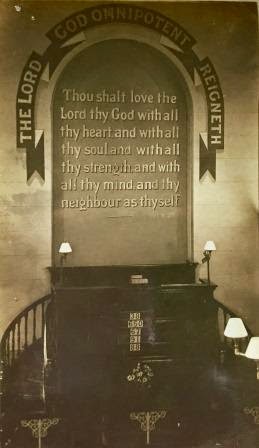 Thursday 10th June 1915:  News has reached the village of Toddington that two of its men have been wounded. Private T. Garner of the 2nd Bedfords sent a card to his brother on 19th May to say he had been admitted to hospital after receiving shrapnel wounds to the head, chest, and a finger. He was taken from to the General Hospital at Sheffield and sent from there to the Red Cross Hospital at Chesterfield. He is progressing well and hopes soon to be fit enough to visit his friends and relatives at Toddington. The second man, Charles Pearson Hobbs, emigrated to Canada several years ago with his younger brother and the two men had been doing well farming. On the outbreak of the war Charles volunteered to serve in the Canadian Forces. After training in England his company was sent to the Front six weeks ago and took part in the Battle of La Bassée. Two weeks ago the company was sent to the reserve trenches. After heavy fighting, in which the Germans were driven back two miles, a German shell exploded killing four of Hobbs’ comrades and wounding a number of others, including Hobbs himself. He was taken to the Leicester Base Hospital in England while still unconscious. He has since recovered consciousness but with a temporary loss of speech. Hopes are high that he will recover.

Meanwhile in the village a collection has been made at the Wesleyan Church for soldiers serving at the Front. Gifts of chocolate, cocoa, scissors, writing paper, safety pins, cigarettes, biscuits, and other useful items were collected during a break in the service. Over 70 parcels were collected at the morning service, and an even greater number in the evening. Another unusual religious event for Toddington was a Roman Catholic funeral held last Saturday afternoon for Mrs Johanna Carolina Merinus, the wife of a Belgian refugee who has been financially supported by the Wesleyan Church. Mr. Merinus and his wife had escaped from Antwerp and arrived at Toddington last December. Mrs Merinus contracted double pneumonia in February and although for a time her life was despaired of she recovered her health, only to die in childbirth last Wednesday. Her baby son survived his mother and the whole parish is united in sympathy for his father at this tragic time