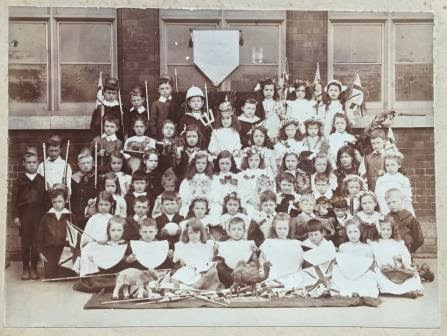 Barton-le-Clay
A tea was given last month for the Belgian refugees of the district. About fifty, with friends, attended. As it was a fine day there were various pastimes in the gardens and the afternoon ended with a concert by the brass band. A vote of thanks was given by Mr. C. Marien, who gave a graphic description of their flight from and the trials they had undergone on their way to . He hoped that when the Germans have been evicted the band would come to and take part in the celebrations. As the village correspondent says “how extraordinary it seems to write the above. If anyone had predicted a year ago that we should have been entertaining Belgian refugees at Barton, it would have seemed incredible”.

Clophill
The Cricket Club has decided to not play regular fixtures this season due to the war, though it is hoped that some scratch games may be arranged with so many soldiers around. Bert Royston, who has often helped the village team, went to the Front with the Canadian Scottish and has been taken prisoner.

Flitton and
As the school was closed for Whitsuntide on Empire Day, May 24th, the children celebrated it early on Friday 21st. Prizes were given out by the Vicar, there were songs and flag-waving and a speech given by Miss Leach. Each child brought in one penny in order to send tobacco, chocolate and other comforts to our soldiers and sailors who are “fighting the greatest fight for honour and freedom the world has ever known.”.

Gravenhurst
The children of Gravenhurst also celebrated Empire Day on 21st May, when they saluted the flag, sang the National Anthem, and marched into the schoolroom singing patriotic songs. They were then given a half-day holiday.

Silsoe
Eggs are still being collected weekly for the wounded soldiers at and delivered to the hospital every Thursday by the Misses Jones. The eggs are much appreciated but they are currently being provided by only a small number of people and an appeal has been made for more parishioners to donate. The authorities at Wrest say they can make good use of as many eggs as the village can send them. Every little helps, even one egg a week!

Westoning
Forty three men who are either from this parish or closely connected with it have now joined the armed forces. Sergeant G. Gazely has been at the Front since the  beginning of the war and has now been wounded for a second time.