The Mysterious Death of a Seaforth Highlander 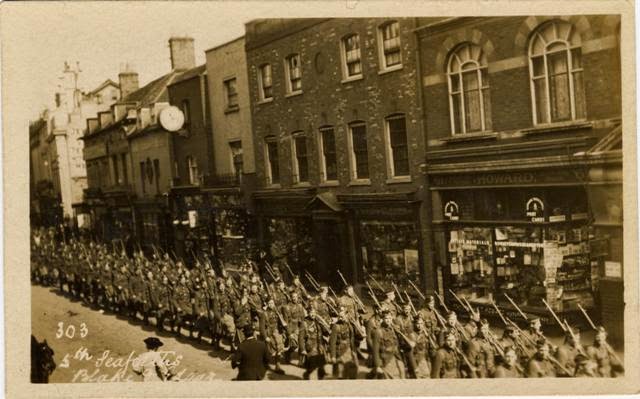 Thursday 11th March 1915: An open verdict was recorded at the inquest held this morning into the death of twenty-two year old Private Reginald Herbert Warren of the 5th Seaforth Highlanders. Private Warren had appeared to be perfectly healthy on Tuesday evening but was found dead in bed at his billet in , on Wednesday morning. Although a post-mortem examination was carried out, no cause of death could be identified. There were no marks of violence on the body, and nothing appeared wrong with the internal organs; everything seemed normal. Mr Carl Hansel, with whom Private Warren was billeted, said that he had seemed perfectly well when he last saw him on Sunday, although he had noticed that the young man showed signs of fatigue when he had been on a long march. When he was called to the bedroom yesterday morning there was nothing about either the deceased or the room to arouse suspicion.

Colonel Charles Edward Douglas, the medical officer of the 5th Seaforths, said that Private Warren had never been on sick parade. He saw the deceased at about 6.50a.m., lying in his bad in a perfectly natural position. Death had taken place about two hours earlier. Private Warren’s father, Mr D. James Warren of , said he last saw his son alive on New Year’s Day and he was in perfect health. He had received a letter from him on 8th March in which he complained of fatigue from trench digging, but which was otherwise full of hope and cheerfulness. Summing up, the Coroner said that the deceased had “surrendered his life for his country in a splendid way”, and it was a “mournful pleasure to his family that he had died in the service of his country”. The cause of death was simply a mystery which could not be solved despite the best efforts of the medical men.