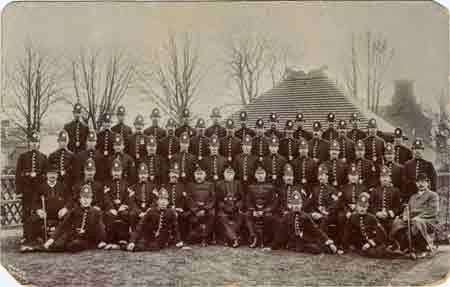 Wednesday 17th March 1915:  A decision was taken at a meeting of Luton Town Council last night to increase the wages paid to Luton Corporation employees due to the increase in the cost of living brought about by the war.  The increases, which were backdated to start in the week ending on March 5th, were granted on the assumption that the current high prices for food would continue, and will be reconsidered in six months time. The Mayor said that the Committee were guided by the principle that they should help the men earning the least money, for men earning 25s per week were in a worse position than those earning 35s or £2; these employees were to have a bonus of 2s per week. Councillor Briggs objected to the resolution on the grounds that there were 19 men who should qualify for the increase but were not going to get it, and proposed that these men should all get one shilling a week. His amendment was not seconded and the original proposal was passed.

The foreman of the scavenging department was given a permanent increase of 5s per week.[1] He had not received a rise for three or four years and had not had a Sunday off for eighteen months. The female attendants at the baths received a 3s per week increase. It was also decided by the Watch Committee to increase the pay for each member of the police force to the maximum for his rank in view of the increased cost of living.

The temporary increases given to the various Corporation employers were as follows:
Source: News 18th March 1915
[1] Scavengers were street cleaners employed to clear manure from the streets.
Posted by Kathryn at 07:00