A Sea Voyage to the Dardanelles 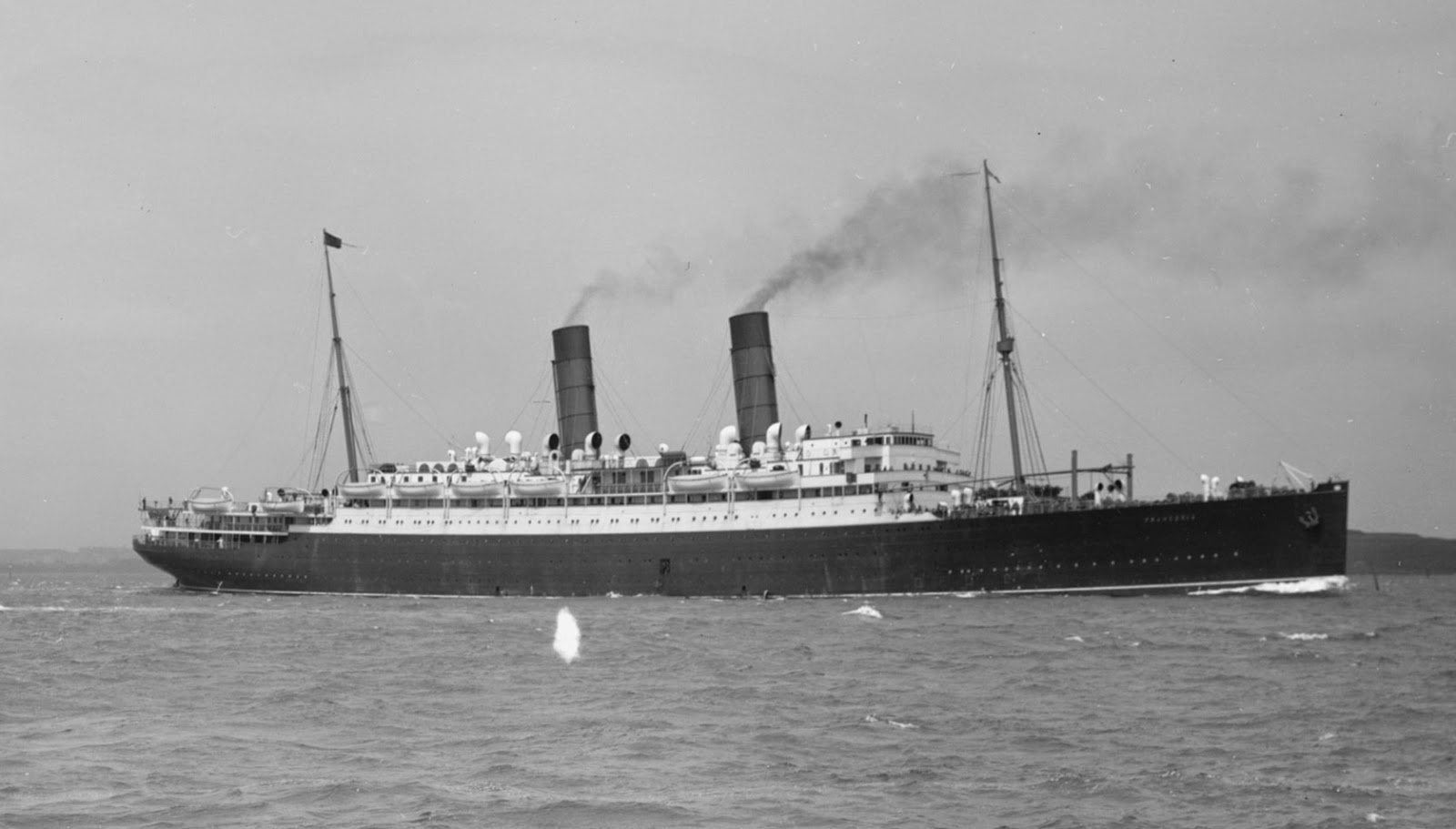 Sunday 28th March 1915: In a letter home on 25th February Captain John Longuet-Higgins mentioned that his brother Kenneth was about to set off for service abroad. While his brother is in hospital recovering from a wound received at Neuve Chapelle Acting Lieutenant Kenneth Longuet-Higgins has been on board the Cunard ship RMS Franconia[1] sailing to the , where the Ottoman forces are under naval bombardment. He has been keeping his mother informed of his progress.

4th March
There is in me a feeling of profound thankfulness, which is bursting to express itself somehow. Hence this letter. For are we not passing at this moment the St Vincent light and shan’t we pass Gib at midnight, having come right through the Bay and found it calmer than I’ve seen the river at Turvey sometimes? Everything in this ship is wonderful, especially the food. Beastly bad training for the bully beef to come, but still it isn’t our fault.

7th March
The weather has been absolutely glorious. We passed Gib at night and did not put in there so we missed seeing the Rock which was rather a pity. But all yesterday we were running in sight of land, the most glorious mountains, quite blue they looked. We fetched up here about lunch-time today. looks rather a funny place, rather like the models of you see at SPCK exhibition stands. By the way I don’t think I shall ever approve of the Daylight Saving Bill. They play awful pranks with the clock here and on two occasions I have had to wait an extra hour for my lunch and on two other occasions I have found myself half an hour late for breakfast. That kind of thing won’t do, you know, will it?

10th March
We are now at sea again having left yesterday. We were allowed leave on Monday afternoon and I went ashore. We saw all the sights. There have been sports on board this afternoon and I’ve come in here (the library-writing room) to more or less recover from hysterics, a complaint the whole ship’s company was suffering from half an hour ago.

14th March
Here’s Sunday and we’re still on board this palace, and likely to remain here so far as I can see, though we may possibly, some of us, land and camp on this island, [2] where we are in harbour now along with some warships and a good many transports. By jove, it is ripping scenery and the weather is grand. We came up right through the archipelago with land all round you sometimes. There are mountains all round us now, some of them snow-capped.

21 March
We are getting jolly sick of this ship, as we haven’t been able to land more than once or twice, as it has been too choppy for the boats. There is no landing place of any sort you know, and last time we went ashore it was a bit of a scream. To start with they dished us out with a flat-bottomed canvas concern instead of one of the ordinary ships life boats. We got the four guns on board all right, and then all the men. Off we pushed and the fun began. It was quite a stiff wind and we made pretty bad going in our old tub. After about an hour pulling we got quite close in and then blowed if a squall didn’t catch us, blow us right out of our course, and biff, we went on a rock. We managed to push off but got blown hopelessly down wind and it was practically impossible to beat up again, being overloaded. Then the oars began to break, and finally one of the ship’s life boats put out and took us all on board. [3]