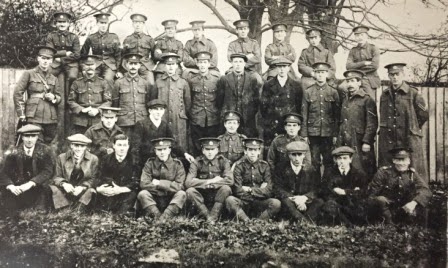 Thursday 25th March 1915: William Stenhouse, an iron dresser from , has appeared in court charged with making a false statement when attesting as a recruit to the East Anglian Royal Engineers.

Captain Wilson said that Stenhouse had been sent to him from the Luton depot, had been given a uniform and sent on to . He swore that he had never previously been in the Army, when in fact he had been a member of the 5th Battalion of the Bedfordshire Regiment. Captain Wilson produced the attestion from this prior period of service as proof. Stenhouse admitted the offence but said he did not think he was doing any harm by joining the Army again. As a single man he thought it was his duty to do so and told a lie on the spur of the moment. He had been discharged from the for defective eye-sight, but had passed the East Anglian Engineers medical.

The Mayor asked Captain Wilson if he would take Stenhouse back, but the Captain said that even if a man wanted to fight for his country it was still a crime to tell a lie. The Mayor advised Stenhouse that on his discharge he should go to the Barracks and tell the truth.