What Shall We Do With The Sundials? 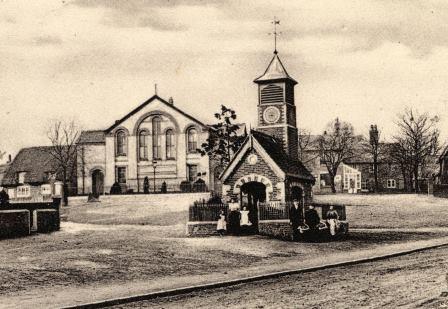 Tuesday 23rd May 1916: The introduction of Daylight Saving Time for the first time last Sunday has not been met with universal approval. The Leighton Buzzard Observer has published a letter from Mr. C. J. Minter of Aspley Guise, who vehemently opposes the change in the following (considerably abbreviated) terms:

“The sundial is an object of interest in many an old-fashioned garden, combining as it were philosophy with beauty, both of which are ‘a joy for ever.’ With the advent of the Daylight Saving Order, however, the question has been asked, ‘What shall we do with the sundials?’  We would say, just wait. For people will come back to reason and common sense and to the old sundial once again after the ‘Daylight Saving Scheme’ is dead and forgotten. Were this measure to continue in force, it would be a matter for very deep regret, because it must inevitably work great hardship in a vast number of cases.

People have not taken this measure seriously. It has seemed too utterly ridiculous to merit their attention, and has been regarded more as a half ludicrous joke. You have to say, as it were, to an hour at one time, ‘Quick-change, and be gone!’ and at another, ‘Halt – backwards!’ - and make the hour repeat itself. Was there ever a more clumsy, a more childish, a more fatuous device conceived? Surely, it is the most quixotic measure ever brought before our legislators. And all to what purpose? To do something which might have been done (and is being done by many, for numbers of firms have arranged with their employees, to go to work at a reasonably earlier time in the summer than in the winter months, without altering the clocks) in a sound and sensible manner, and not by a method which shows such a scant semblance to reason as to cause one to doubt if there be even a vestige of such a commodity about it.

People will not even know when they were born, nor which is one day and which another, with the vanishing and reappearing of hours at the waving of the clock magician’s wand, instead of relying, as we have done hitherto, on the accuracy of the stars. … There is a possibility of even those who are now so strongly in favour of this Daylight Saving Scheme, presently growing so weary of it as to devise a scheme whereby our legislators shall move the hands of the clock in the opposite direction and return again to correct time. Meanwhile, the sundials should on no account be interfered with, for they will again come to their own, and be a delight still to chastened and wiser men.”