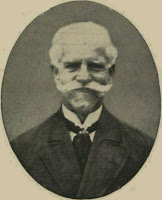 Monday 22nd May 1916: At a meeting held at the Luton Plait Hall Mr. Alfred William Yeo, M.P. for Poplar, has told Luton’s small traders that they should be proud of the part they played in winning concessions from parliament for small businesses owners in respect of the requirements for military service.[1] The attendance was considerably smaller than it had been for last week’s meeting; as one gentleman put it, “They wanted something then: they’ve got it now and they don’t care.”  Luton M.P. Cecil Harmsworth was unable to attend but send a telegram reading: “In Dublin for some days. Best wishes for success of meeting.”

The Chairman, Councillor A. A. Oakley, said the most vital point was that a man could not leave his business in the hands of his wife if he had a family, as regardless of her ability she would not be able to manage both home and shop successfully. If forced to serve in the Forces he would probably be faced with ruin on his return. It seemed likely to be a long war and a strong economy would be needed quite as much as military strength. The Luton Tribunal should take heed and carry out the law with the least possible hardship to the small trader and business man.

Mr. Yeo spoke for an hour, to frequent applause from his audience. As a business man himself his concern was to do his best in regard to things of the utmost importance to the commerce and industry of the country; he was not there to defend the shirker. Luton had led the support for his amendment to the Military Service Bill; but unfortunately competition from a second proposed amendment from another Member of Parliament meant that neither had been included. His concern was for “the man who by his own grit, gumption, and unaided effort builds up a snug little business worth more to him than money”; such men should be taken by the army only as a last resort. He paid tribute to the Luton Borough Tribunal which was already acting on the instruction to spare small business men even though the Bill was not yet law

Source: Luton News, 25th May 1916
[1] The final version of the Military Service Act did not include formal concessions, but instructions were issued to Tribunals that the circumstances of small business men could be considered exceptional.
Posted by Kathryn at 07:00