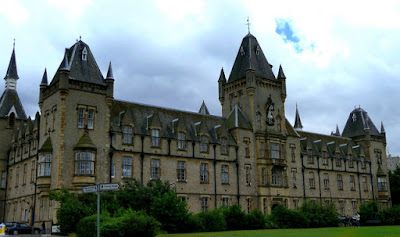 Sunday 7th May 1916: The village of Shefford has redoubled its efforts to collect eggs for the wounded since the Vicar published this letter from the Secretary of the National Egg Committee in the parish magazine last month:

“Rev. Sir, - The call for eggs from the Hospitals for the wounded men grows in its volume and anxiety. We have appealed to you in the past with success, and that result encourages us once again to ask you to assist us in our latest special scheme. Every week we are called upon to find more than a million new-laid eggs for this cause. Those who are in a weak state of health and require the eggs themselves are asked to contribute to our funds the value of the eggs consumed by them during Easter week.”

A successful collection was held at the church today at which no less than 771 eggs were contributed, beating the previous highest total of 660 by a considerable margin and bringing to total provided by the village to 2,604. The next collection will be held on Sunday 4th June from which the eggs will be sent to the 3rd London General Hospital at Wandsworth. This is a large Military Hospital with 1,500 beds, where the patients include both a large number of Australians and some Bedfordshires. Among them is the Vicar of Shefford’s son, Lieutenant A. E. Dakin, who was wounded in January [LINK to February 11th].

The children of Stotfold have also provided over 600 eggs. A correspondent in the village says “the egg collectors at Headquarters have “the cheek of Lambley Jack” as they say at Nottingham, when they wish to use a simile for any specially impudent person. They showed their “cheek” by sending two more boxes to be filled, without being asked to do so. Well, the boxes had come and it seemed a pity to send them back empty, so the Vicar in turn followed the example “Lambley Jack” (whever he was) and asked the boys of the Council School, and the girls of our Church Schools, whether they could not find us some more eggs – and more, as a result have gone. Send more eggs, friends, for they provide “shells” for our soldiers.”