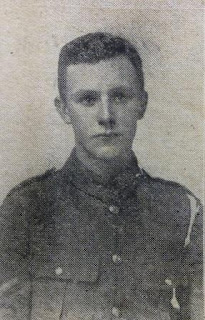 Sunday 28th May 1916: Corporal H. G. Clarke, the son of Mrs. C. E. Clarke of 5 Cavendish Street, Bedford, has been seriously wounded serving with the 1/1st East Anglian Field Company of the Royal Engineers, on attachment to the 1/1st Lowland Field Company RE. As he was mounting guard a heavy shrapnel shell exploded, lacerating his right leg and thigh. He has been repatriated to England and is in Lincoln Hospital where he remains in a serious condition. He was due to return home on leave just three days after he was wounded. Before the war he had been employed at the Queen’s Engineering Works as a draughtsman for seven years.