Soldier's Wife to be Evicted 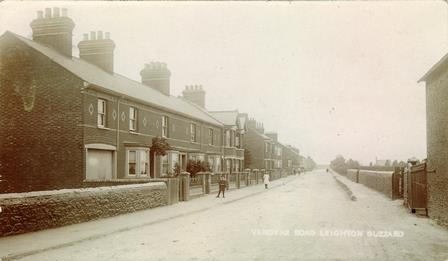 Thursday 11th April 1918: An application for the eviction of soldier’s wife has been heard at Leighton Buzzard Police Court this week. The court was told that Samuel Chibnall bought two houses in Vandyke Road in 1917, a four-roomed house for his own use and an eight-roomed one. As he was unable to find tenants for the large house he moved into it and let the smaller one. He recently decided to sell the larger house for financial reasons, and now wants to live in the small property. He had therefore served notice to quit on the tenant, Mrs. Laura Breden. He had let the house to her on the understanding that it was likely to be sold, and before he decided to sell the larger property he had heard that she intended to move to be nearer to her mother. He knew that Mrs. Breden’s husband was fighting in France, and that she had two young children, so had given her a fortnight’s notice even though she was only a weekly tenant, paying four shillings a week. He had also offered to sell the house to her and her husband, but they were not able to buy it.

Mrs. Breden said she did not know the house was for sale until she had lived there for some time. If she had known, she would not have taken the tenancy. There was a shortage of houses in Leighton Buzzard due to the large number of men coming to the town to work at Morgan’s, and it was impossible to get another house. Her solicitor asked the court to dismiss the notice to quit – under the Courts Emergency Powers Act the court had absolute discretion to do so. Mr. Chibnall had sold his house over his own head and now wished to turn out of her cottage the wife of a man who was serving in France. The magistrates however made an order that Mrs. Breden should give up possession of the house in two calendar months.