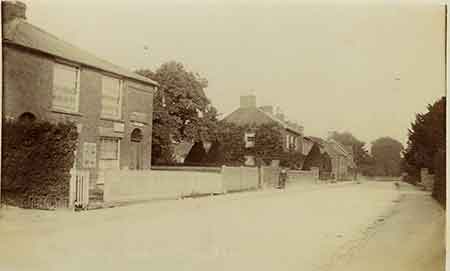 Saturday 27th April 1918: News has been received in Eaton Bray of two deaths, a prisoner and a wedding. Mr. Lewis Ruffett has been informed that his son, Private Fred Ruffett of the Bedfordshire Regiment was killed on 24th March, only two weeks after returning from leave. Private Ruffett had enlisted under the Derby Scheme in February 1916 and was sent to France in April 1917. His brother lost a leg in France eighteen months ago. Corporal Charley Chanin of the Lancers was killed in action a day earlier, on 23rd March. Corporal Chanin enlisted at the beginning of the war and served in Ireland during the 1916 rebellion. The mother of Lance-Corporal William Neville has received a card from her son telling her that he is now a prisoner of war at Cassel, in Germany. He was the first man from the village of Eaton Bray to join up, in September 1914.

Happier news comes from Canada, where Miss Annie Hebbes, the second daughter of Mr. J. A. Hebbes of Eaton Bray has marries Mr. H. G. Tice of Truax, Saskatchewan. The wedding took place at Moose Jaw, Saskatchewan on 22nd March. The bride’s brother, who has been farming in Alberta, Canada for some years was present. The new Mrs. Tice was formerly the assistant matron at Leighton Buzzard Workhouse.