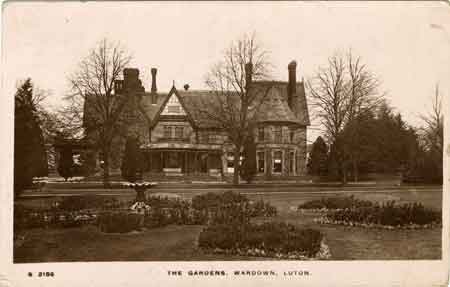 Wednesday 17th April 1918: Drummer J. W. Hyde, of 32 Ridgway Road Luton and a former member of the Salvation Army Band, has written to the Luton News from Wardown Military Hospital where he is now a patient:

“Sir, - You will remember me asking, through your valuable paper, for a cornet (about a year last Christmas). Well, I got one all right. I am very pleased to be here, as it is just like heaven, although it was hell that I went through to get here. I was with my battalion just before Wancourt, a few miles to the right of Arras, but our flanks dropped back, compelling us to retire immediately behind Wancourt. Well, I shall never forget a fortnight yesterday. “Jerry” opened out his barrage at about 3.15 a.m. and kept it up until 3 in the afternoon – that is, when I left, as he was right on the top of me by then. So we got ready and destroyed all our letters etc., as best we could, although I think he got the mail and everything, including a nice large parcel I had received and not even opened. But, as Providence would have it, I saw one making a dive for it, so I ran with him. Ah! I shall never forget that run from Wancourt to Neuville Vitasee – all open ground, and I ran through a barrage of machine gun fire on my left and right front, and also behind (because, as I say, both our flanks by this time had dropped back and we did not know it), and also a heavy barrage of all kinds of shell. Although the bullets whistled through my legs and by my head and all around me, nothing touched me, only that I got gassed and had shell shock. But I managed to bring a wounded man down with me for about four or five miles, and we were shelled all the way, with about fourteen Boche planes over our heads firing at us also, so the shooting could not have been very good. I landed at the base after visiting about three hospitals, was taken to Cambridge, and now they have kindly sent me to Wardown, and I am being looked after lovely; in fact, as I have already said, it’s like heaven. I have heard from one of my unit, who didn’t happen to be in the trenches at the time, and he tells me that I and one more (who is wounded and in “Blighty”) are the only two left, so you will see how lucky I was.”