A Missing Soldier and a Returned Prisoner-of-War 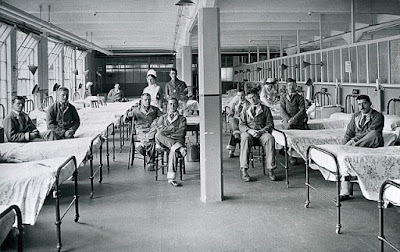 Thursday 25th April 1918: There is much sympathy for Mrs. W.A. Smith of 91 Church Street, Luton, who is undergoing a double ordeal of grief and anxiety. Her husband, Private W. A. Smith, has been serving with a machine gun corps in France and was last heard from on March 18th. Private Smith’s father, who lived at 47 Vandyke Road, Leighton Buzzard was then dangerously ill, and the police wired to Private Smith to try to get him leave. However he had still not arrived by April 12th, when his father died, and just a few hours later news arrived that Private Smith was wounded and missing. Nothing further has been heard, and Mrs. Smith would be grateful for any further information. Her husband has been serving in the army for two years.

Much better news has been received in Dunstable, where friends of Private  L. H. Durrington of Messrs Durrington and Sons, High Street North. Private Durrington, who was serving in the Royal Fusiliers, has been a prisoner of war in Germany for five months. It was known from letters and cards received that he had been wounded in the leg but there was nothing to suggest he was likely to be released. Last week the news arrived that he had been repatriated and was in King George’s Hospital, London.