Message Thrown from Train on a Spoon 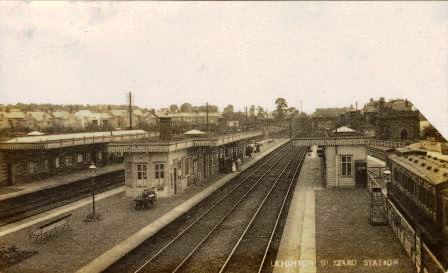 Tuesday 23rd April 1918: A Linslade woman heard yesterday that her husband had been buried alive inside a dug-out and had been reported as a casualty. Very shortly afterwards a neighbour arrived with a note from the soldier husband tied to a spoon; this had been dropped from a hospital train and found by a railway platelayer who was a near neighbour. Although he did not know his destination, realising that the train on which he was travelling would pass through Leighton Buzzard station the soldier had taken this unorthodox opportunity to send news to his wife.