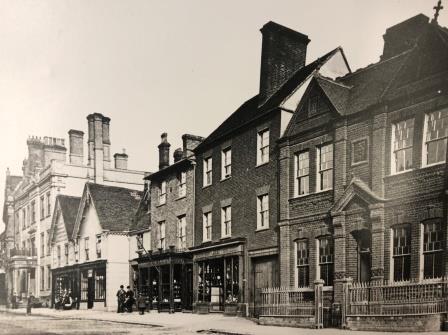 Tuesday 9th April 1918: An unusual case was heard today at the Leighton Buzzard Petty Sessions court, where four defendants were charged with selling sweets at prices exceeding those allowed under the Sugar (Confectionery) Order 1917. Joseph Wood of Messrs Garner, Wood and Company, Leighton Buzzard, was said to have overcharged Superintendent Matthews for fruit bonbons on March 28th, Susan Parsons and Mary Read for toffee on March 30th, and Oliver Osborn for sugared almonds, also on March 30th. All four pleaded guilty. Superintendent Matthews said that while the Order had at first been strictly observed, a number of shopkeepers had raised prices and overcharging had now become widespread. Mrs Osborn [sic] said she had put her prices up because the wholesalers had charged more. Joseph Wood was fined £1 and the other three defendants ten shillings each.