The Wheeler Brothers of Ampthill 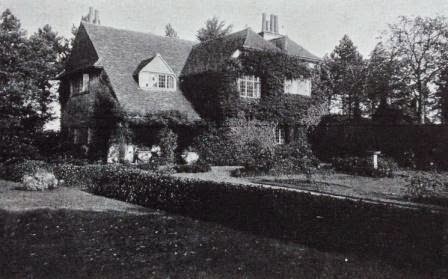 Tuesday 9th February 1915: More news has been received from Lance-Corporal DickWheeler of Ampthill.  He has written describing conditions at the Front to his aunt, Miss Mary Meacham, the lady’s maid of Miss Mary Ann Bassett of Stonhill House, Leighton Buzzard: [1]

“I have left my regiment and am working at my trade again for the Royal Engineers.[2]  It is quite a change for me after what I have been doing for the last five months. We are having snow as a change from rain, but it is quite as bad as rain in the trenches. But it cannot be helped, and it’s no worse for us than it is for the Germans and others engaged in the war. I see by the papers that the Germans are running short of money. I only wish they would run short of ammunition; I don’t think it will last out at the rate I have seen them using it. They have got to supply a greater number than we have; and we use enough each day. I really begin to think that the Germans are beaten. They are only driven on us by their own officers after they have had a good drink of the wine that they never pay for. They are stealing all the brass and copper from the poor Belgians for making new shells. A lot of their shells have come flying over us at different places, but they rarely burst; they go straight into the ground. I am now so near our artillery that I can hear them all day and night. I hope they are doing good work. We have got all the flying machines near the timber yard where I am working, and they are scouting all day”.

He also thanks his aunt for some knitted items she had sent him:

“The last parcel came in the hour of need; I was working out of doors and was very cold and rather hungry. I don’t know how I should have got on had it not been for the kindness I have received from all at Leighton. I shall never know how to repay you. The scarf and the cap comforter I always wear these cold nights. We have plenty of work to do I am pleased to say, and I think we shall be here a long time. The Germans come flying over us most days, and we generally expect a bomb to drop. All night the heavy artillery are firing, and the roar of the guns keeps us awake. I shall be very thankful when it is all over, though I am really in a safe place unless the Germans break through.”

Miss Meacham has also heard from Dick’s brother John Charles Wheeler (Jack), who is at the front serving with the 2nd . Jack tells her that some of the men who were wounded on the same day as Captain Bassett have returned to the trenches. [3] The weather has turned frosty which makes it much drier in the trenches although there is still about two feet of water in some places. The country is very flat and clayey and wherever they walk great lumps of clay stick to their boots. Of the Ampthill men who went out with him only three are left. [4]

[1]  Mary Meacham, the sister of the Wheeler brothers’ mother Rosa, appears as lady’s maid to Mary Ann Bassett in both the 1901 and 1911 censuses. More information about Miss Bassett (after whom the current was named) and her house Stonhill in can be found in the community archives section of the Bedfordshire and Luton Archives website.

[2] His service papers show that before joining the army in 1908 he was employed as a carpenter.

[3] Captain Francis Marshall Bassett, nephew of Mary Ann, was seriously wounded on 18th October taking part in an advance by the 2nd Battalion of the Bedfordshire Regiment on the near . [Source: X550/3/WD/1410]

[4] Jack’s service record shows that he joined the army in 1908 and before the First World War had served in Gibraltar, , and . His character reference describes him as “sober, honest, willing, trustworthy, clean and smart in appearance”. He suffered gunshot wounds to the neck and leg in November 1916, but like his brother Dick he survived the War.
Posted by Kathryn at 07:00