A New Organ for Barton-le-Cley and a Coincidence 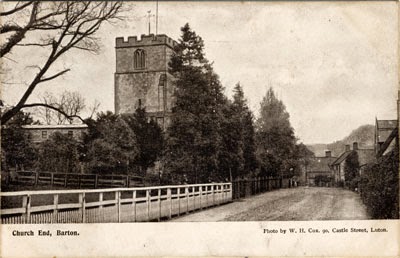 Wednesday 24th February 1915: The dedication of a new organ for St. Nicholas Church at Barton-le-Clay took place this afternoon. Lance Corporal Leonard Sturgess, who earlier this year described his stay in a Belgian church where there was a fine organ, is at home on sick leave and was well enough to be able to  pull one of the bells at the organ opening. Several Belgian refugees were present and when they saw the many bullet holes in his coat they acclaimed him as the “Barton hero”. Lance Corporal Sturgess himself survived the Battle of Ypres unscathed and has returned with the story of an extraordinary coincidence which came to his attention. Before the war an English tradesman lived next door to a German in , where they were excellent neighbours. After the outbreak of war both were called on to fight for their countries – only for the German to be taken prisoner by his former neighbour!