A Soldier and A Sailor from Wymington 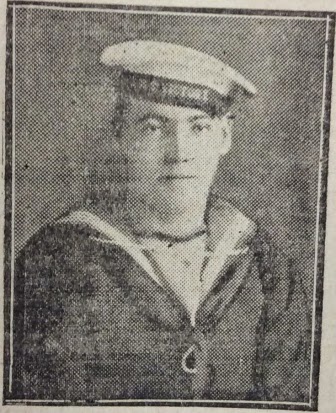 Thursday 4th February 1915: Today there is news of two men from Wymington who are serving their country with the armed forces – one with the army and the other with navy. Seaman William Dickerson, has just celebrated his twenty-first birthday. He has been serving in the Navy for nearly four years and has served on HMS Minerva and HMS Kent, which took part in the of the where it sunk a German light cruiser. His sister has had a letter in which he says: “I hope you enjoyed your Christmas holiday – I did mine (I don’t think). We do not get much time for writing, and are not allowed to say much about the war. How do you think the Germans will get on now? I reckon they ought to feel a bit ‘nervy’ when they meet our ship.”

Private Horace Coley is home from the Front recovering from being shot. In his view the only thing that is preventing the Allies from winning the war is the difficult transport conditions. He feels that once the roads are passable there will be enough men and guns to drive the Germans back to their own country. Unfortunately as things stand “the fields are quagmires and the roads are little better than a series of mud pools that are quite unsafe for artillery or heavy vehicles to pass over”. In his view another advantage of waiting to attack is that the Germans are wasting large quantities of shells to no purpose. Although he felt “grand” healthwise while at the Front  “it is not nice to see your own pals shot down in front of your eyes. When we first got out there we were ordered into a trench which was little better than a pond, or brook. Half-a-dozen of us got down into the water and mud in order to be out of sight. Before very long all except myself were plunked! A friend of mine, who was standing close to me, happened to raise his head. At the same moment a bullet from a German sniper smashed his skull!”  Still, he says “it would not do to allow fear to get the upper hand of you”. He himself had some narrow escapes, with a shrapnel shell bursting within five yards of him and bullets whizzing past his ears. He was shot when out of the trench going to fetch some rations; a bullet struck him at the side of his heart, went right through his body and came out at the back. He lay bleeding for half-an-hour until he was carried away under continual fire by two stretcher bearers. He was delirious for three days and nights, but is now out of danger and hoping to get well.