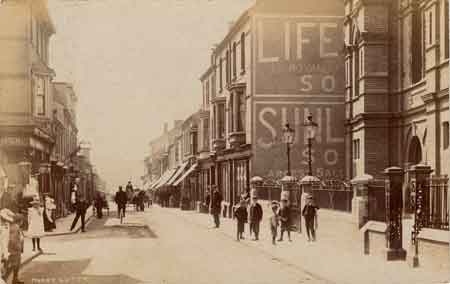 Monday 1st November 1915: Luton Police have succeeded in arresting a deserter who has been hiding in the town for six weeks. Pryce Salter was stationed at Otley with the 11th Yorkshire and Lancashire Regiment when he went absent without leave and was gazetted as a deserter on 14th September. On Saturday night he was spotted in High Town Road by Inspector Duncombe. He denied that his name was Salter but after being told he would be locked up as a deserter he admitted his name was Salter but refused to give any further information. This morning he was brought before the magistrates. He stated he had been certified as unfit for service but that the certificate had later been cancelled. Salter has been remanded in custody to await an escort back to his regiment. Inspector Duncombe is to receive a reward of ten shillings for making the arrest.