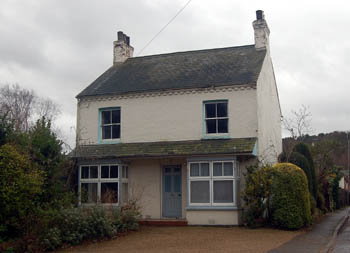 Friday 5th November 1915: George William Kilpin, the landlord of the Duke’s Head beerhouse at Aspley Guise has pleaded not guilty to opening the premises during prohibited hours on October 16th and to obstructing a police constable in the execution of his duty. P.C. Stonebridge stated that at 11.30pm he was on West Hill, Aspley Guise and heard voices in Kilpin’s front room. Looking through a parting in the blind he saw Harold Bowler talking to Kilpin, with a pint mug of beer on the table in front of him. The policeman went to the door and Kilpin denied having Harold Bowler on the premises and refused to allow him to look round, shutting the door in his face. He pushed his way into the room and saw beer in the mug on the table; he then went to the back door and saw Bowler running across the yard and out of the back gate. He went after him and found him hiding near the corner of the gate.

Kilpin’s solicitor pointed out that there was no offence committed in choosing to have a friend on the premises after closing time and there was no dispute that this is why Bowler was there, having been to the common with Kilpin to see a sickly calf. There was no attempt at concealment – the lights were burning in the house and the conversation was loud. There was no evidence that drink had been sold to Bowler and Mr. Kilpin had no recollection of obstructing the constable, only that there had been some “conversation” as to whether Bowler was in the house. At this time it was literally true that Bowler was not in the house as he had left and was in the yard. He admitted to a lack of tact, but it was pointed out that an argument over whether the policeman was entitled to enter the private parts of the house was not the same as obstruction.

Kilpin stated that he had been the tenant of the Duke’s Head for ten years and also occupied land in the village. He had asked Bowler to go with him to give a drink to a sick calf, being short of labour since his brother had left him due to the war. When they got home he had asked Bowler to help with some threshing the next day. Before leaving Bowler went into the house to “speak to the missus” and left just as the knock came at the door. The policeman had told Bowler “I have got you for being on licensed premises during prohibited hours”, to which Bowler responded that he was not on licensed premises. Bowler had promised to attend Court but for some unknow reason had gone to Woburn Park instead. The magistrate announced that they were inclined to convict Kilpin, but adjourned the case to allow Bowler to be summoned to give evidence.