News from Luton Men at Gallipoli 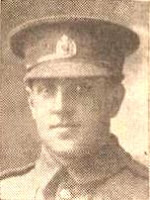 Tuesday 2nd November 1915: A Luton soldier has written home from Gallipoli where he is serving with the East Anglian Royal Engineers. Although their ranks have been seriously reduced by casualties and sickness he is able to report that all the Luton lads of the “Vicarage Street clan” are “in the pink”. They are enjoying surprisingly good provisions considering it is only just over two months since the landing at Gallipoli. Their rations quite frequently include bread and occasionally fresh meat, there is plenty of bacon for breakfast, and tinned vegetables are available.

He took a party including fellow Lutonians ‘Chicken’ Hensman and Stan Mimms out in front of the trenches on wire entanglement duties. They got their wire and equipment and themselves safely over the parapet and were advancing towards the Turkish trenches when a star shell[1] went up from the Turkish trench exposing them to rifle fire. They lay flat until the fire died down, but having laid 70 yards of wire they were in front of a different part of the trench to where they had started. When the rifle fire was followed by an exploding shell they ran for the trench. This was manned by Sikhs who at first mistook them for Turks and would have bayoneted them if they had not called out “English Johnny” as they scrambled into the trench. After completing the wiring job the following night they were ensconced in a dug out where they “have just had the pleasant news that the Turks intend to gas us tonight, and they have just treated our camp to a miniature bombardment of 7.5 guns”.


[1] A “star shell” contained a magnesium flare and was used to illuminate the battlefield.
Posted by Kathryn at 07:00