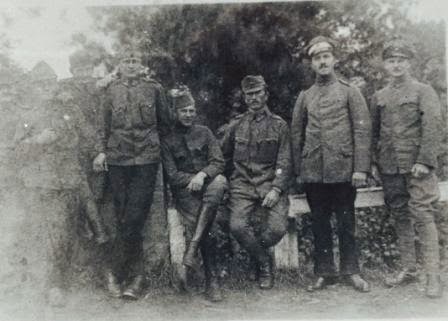 Sunday 18th April 1915: From the outbreak of the war Anti-German sentiment in Britain has been strong and appears to be on the increase. Since its formation earlier this month the Anti-German League has been gathering signatories for a petition against enemy aliens which will soon be sent to the House of Commons. A letter from a supporter has appeared in this week’s Bedfordshire Standard asking the women of Bedfordshire not to purchase German-made articles. The League is also appealing to its supporters to refuse to employ any German or enemy alien. The duty of British women is to encourage British industry and not to help the German economy in any way. It is suggested that a good first step would be to support and train British waiters so that hotels and restaurants will have no more need to employ Germans.

With the passing of the Aliens Restriction (Amendment) Order last week the Government is also tightening restrictions on enemy aliens . When this comes into force at the beginning of May it will make it obligatory for any hotel, inn, boarding-house or lodging-house keeper to maintain a register of all aliens over the age of 14 staying in his house. A signed statement of nationality must be provided by every person staying in such accommodation, whether they are an alien or a British subject, and aliens will be required to show all the particulars required for the register.