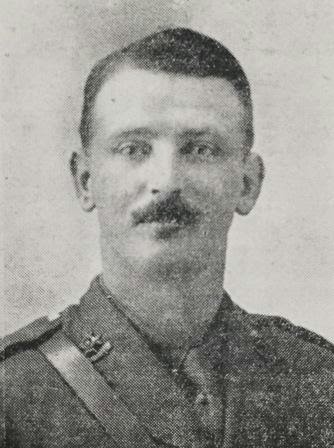 Friday 2nd April 1915: The news has reached that Lieutenant William J W Nicholas, the second son of Mr William Nicholas of , is among the passengers missing from the civilian ship Falaba which was torpedoed by a German submarine last Sunday. The Falaba left the of on Saturday evening bound for , carrying 147 passengers and 95 crew. She was torpedoed by a submarine, which first whistled three times for the Falaba’s  boats to be launched.[1] The first boat was sunk, either by a torpedo or a shell, the second and third capsized, and only one boat, carrying fourteen men, got away. The trawler Eileen Emma of was close to the submarine when the torpedo was fired and saw it strike the Falaba in the engine room. The ship sank quickly, throwing the passengers into the water. Witnesses stated the submarine circled the sinking vessel, with her crew laughing and jeering at the drowning men. Eileen Emma picked up 116, including eight dead – among them Captain Davis. Another steam drifter, the Wenlock picked up six alive and two dead and a third, the Orient II picked up the fourteen men from the lifeboat.

First reports stated that the crew and passengers of the Falaba were safe, so Mr. Nicholas was not too alarmed about his son, but as further details came through he has been unable to find out what has happened to him and his name now appears among those missing. Lieutenant Nicholas is 29 years old and was born at , where he was educated at . After leaving school he joined the Eastern Telegraph Company. He worked first in Madeira, then in , and the . Last year he was home on leave, before returning to the Straits in June 1914. When war broke out he returned home, arriving at in December. He obtained a commission in the 3rd Battalion (Notts and ) of the Sherwood Foresters and was stationed at . He had just paid a short visit to his parents at and was leaving to take a duties on secondment to the Expeditionary Force in . [2]

Source: Bedfordshire Standard, 1st, 9th and 30th April 1915
[1] British merchant vessels had been ordered to paint over their names and fly a neutral flag. In response had declared the waters surrounding the a war zone in which any merchant ship could be immediately destroyed. One of the passengers who died was American mining engineer Leon Chester Thrasher. The “Thrasher incident” and the death of so many civilians led to an outcry which came close to bringing the into the war. However witness statements to the effect that the submarine, U-Boat U-28, had given Falaba sufficient warning to allow it to offload passengers but that the Falaba had used the time to radio the position of the submarine to British patrol ships, averted the diplomatic incident.

[2] Lieutenant Nicholas’s death was subsequently confirmed, and on Monday 26th April his father received news that his son’s body had been washed ashore at Lelant near St. Ives, . An inquest was held at Lelant and Lt. Nicholas was buried at his father’s birthplace, Calstock in , alongside his mother and younger brother, who ironically had also died by drowning.
Posted by Kathryn at 07:00