Progress of the Toy Industry 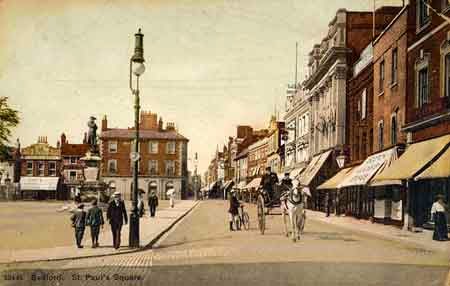 Friday 9th April 1915: Bedfordshire’s fledging toy industry is making good progress under the guiding hand of Mrs Trustram Eve. Toys are being produced in Bedford and a number of villages, mainly from three-ply wood. An exhibition held at the depot in ’s Square, over the past two days was attending by a large number of visitors. Although the workers are only beginners the quality of the toys they make is already remarkably high. Items on display included a watermill, Red Cross wagons and a model of Station made at ; costermongers’ carts and country wagons from Dean, a doll’s house from Crawley, and school desks and log carts made at . Many orders were received from the visitors, giving further impetus to the industry. As the only cottage industry of any note in Bedfordshire is lace-making, there is plenty of scope for toy making to grow and flourish in the county.