Respirators for the Highlanders 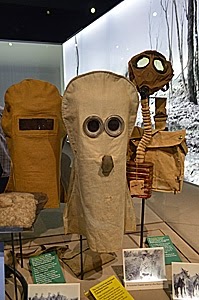 Monday 26th April 1915: Now that the British troops are under attack from asphyxiating gases the Bedford Recreation Committee has offered to take on the task of supplying the Highland Division with 20,000 respirators. The respirators will consist of a pad of cotton wool covered with gauze and attached to an elastic headband. The pads are to be dyed brown, as white would make the wearer an easy target for German sharpshooters. Absorbent wool and gauze is required as non-absorbent material would be useless. The total cost of the materials is expected to amount to £150. The work of making these has now been put in hand. Girls from the elementary schools and their teachers, students of the Bedford Kindergarten and of the Physical Training College, and ladies from across the county are taking part in order to produce the respirators as quickly as possible.[1]