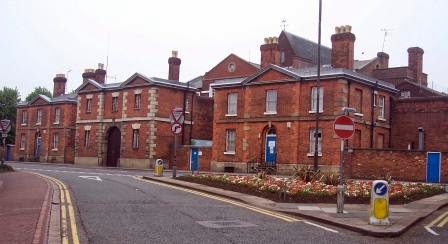 Saturday 17th October 1914: Private John Fraser, aged 19, was sentenced at Bedford this morning to fifteen months’ imprisonment with hard labour for the manslaughter of Private Arthur Charker. His case was heard at the Assizes yesterday. The case for the prosecution was as set out at the inquest and magistrates’ hearing earlier in the week. Mr Bernard Campion, defending the prisoner, said his defence was that Fraser foolishly and stupidly picked up the bayonet. He waved it around, saying he would not be responsible for anyone who came near him. As Charker rushed to take the bayonet from Fraser, he got stabbed. The Judge said that unless Mr Campion was going to ask the Jury to say that Charker actually threw himself on the bayonet, then Charker was lawfully engaged in trying to disarm Fraser. If Charker was stabbed in trying to disarm Fraser he would direct the Jury that Fraser was guilty of an unlawful act whether or not the stabbing was deliberate. In view of this Fraser withdrew his plea of not guilty on Mr Campion’s advice and pleaded guilty to manslaughter.