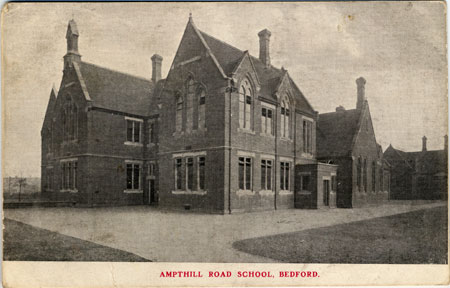 Tuesday 31st October 1918: The outbreak of influenza in Bedford has resulted in very poor attendance at local schools. By the middle of October as many as 50 percent of pupils at the Queen’s Park and Goldington Road schools were absent and all elementary schools in the town were closed. They subsequently reopened but the situation is now so bad that they are to close again from today and remain shut until November 11th. There is also considerable sickness among the teachers, with at least seventeen now absent. Some are reported to be very ill, and Mrs. Davis, a teacher at the Priory Schools, has died. The Borough Education Committee has also asked that all Sunday schools should be closed and that picture palaces should refuse admission to children under the age of fourteen while the epidemic continues. Picture palaces and theatres have also been put out of bounds for the troops. Dr. Willmer Phillips, the School Medical Officer recommends that people get plenty of fresh air and avoid going into stuffy places. Anyone feeling at all feverish and then chilly should go straight to bed. Due to the epidemic the out-patients department of the Bedford County Hospital has been closed until further notice.