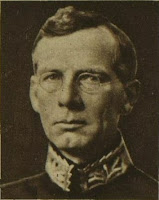 Wednesday 9th October 1918: Bedford’s Member of Parliament and Parliamentary Secretary to the Ministry of Munitions, Mr. Frederick George Kellaway has today given a speech to the Women’s Liberal Association at Bedford in which he expressed the hope that there will be peace by Christmas … “I shall be disappointed if we do not have peace by Christmas, but we shall be better able to secure peace by Christmas if we proceed on the assumption that we have a long war before us”.

He went on to address the question of whether women should receive equal pay for equal work. The way in which women had become so important to the war effort was unexpected. In 1914 there were a quarter of a million women in the industries that were most needed for munitions – over 100,000 in metal work and engineering, and 15,000 handling explosives or in the chemical trades. It was these factory trained women who had joined munition works in great numbers, and their skills and ability to train others had made possible the replacement of men by women. Before the war women’s wages were about ten shillings a week; these had now risen to about 35 shillings for the same number of hours, and working conditions were much improved.

However, the rise in prices meant that this increase was not as great as it appeared. There was also the argument that where strength was required women could in most cases not do the same work as men. Experience suggested that about five women were equivalent to three women. Also women often learned one particular job, but did not have the overall knowledge of a man who could turn his hand to anything. He believed that women should indeed have equal pay, “if they do the same work as the men, of the same quality and of the same amount, with the same expense to the employer for supervision, and for what I may describe as overhead charges”. After the war women’s labour must not be used to enable employers to make larger profits than if they employed men, and must be of a kind which would not injure their physical health. He believed there was a great future for women in industry, but the claims of the returned soldier must come first.