Farmers Refuse to Apply for Permits 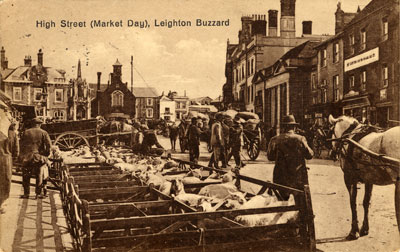 Wednesday 16th October 1918: At a meeting last night of the Leighton Buzzard Branch of the National Farmers’ Union it was decided that they would all refuse to comply with instructions to apply for permits to feed damaged corn and screenings to livestock. It was considered that this was just another “ridiculous and arbitrary order” being imposed on farmers by Government Departments; it appeared that every week some new order came into force, “generally more ridiculous than those that had gone before”. Under this new plan two officials were to be appointed in each area – some of whom “did not know barley from wheat” – to receive samples and send them to London for a permit, which might take a week or two to arrive. This sub-standard corn was absolutely necessary for feeding livestock, and it appeared the Government did not trust farmers to know their own business. All other branches of the National Farmers’ Union in the area are believed to have passed the same resolution