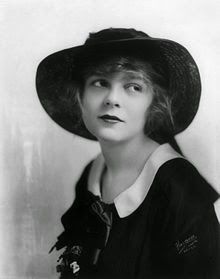 Wednesday 2nd August 1916: The largest area of demand in the hat trade is now for felt hoods. While Luton is able to secure the necessary raw materials, the labour shortage is acute. The preparation of felt hoods is normally considered man’s work, but it is now necessary to train young women in this occupation. They are said to be responding well to instruction showing greater attention to their work than the men, who were too often inclined to go to the nearest pub for a drink and a talk. However, the large numbers of young women who have been attracted to the munitions works is presenting new difficulties for the hat manufacturers. It seems likely that they will be soon be forced to rely on the employment of married women as outworkers.

Considerable change is taking place in the trade in ladies’ “straw” hats, which are now being made chiefly from other materials such as hemp, artificial silk plaits, voile and silk woven fabrics. Markets for these hats include the West Indies, South America and South Africa; however, although the trade routes are open, a shortage of mercantile shipping makes exporting difficult. The local correspondent of the Hatters’ Gazette writes: “With these times of extreme hurly-burly, very few citizens of the British Isles engaged in the products of millinery or millinery adjuncts know really whether they are standing on their heads or their heels. The conditions of trade are so upside down that even those engaged in operations, the raw material for which is most easily obtained, hardly are sure of their grip of trade from one week to another.”