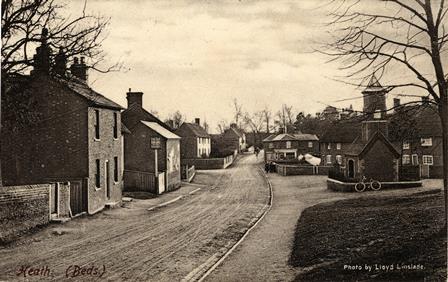 Tuesday 15th August 1916: Lance-Corporal H. Pratt of the Norfolk Regiment has written to a friend at Heath and Reach:

“On the night of the 26th we went into the trenches. On the way there the Huns started their little games again, sending gas shells over each side of us. The ‘boys’, although they felt a bit faint, did not seem to mind this much, for they knew they were going to do some hellish work. In the morning about 7 a.m., we were all lined up in the trenches; we had been told overnight what ground we had to take, so everyone was ready. The order was given, and everyone was over the top at the same moment ... The artillery bombarded for about four hours before we went over the top, and there was not a Hun left standing in the first line trench, until they got fresh ones up, who, I am pleased to say, were some of the Kaiser’s ‘picked troops’. After the bombardment we advanced, and were told to take the first line trenches, which we did, after a bit of a struggle, capturing a few prisoners. About a quarter of an hour after we made a bombing attack, and the Huns started giving themselves up in scores. Seeing this, our boys gave a cheer, and at once started after the second line of trenches, and I am pleased to say, were again successful. I must say our troops still have a splendid spirit. On a job like this, get the Hun in the open, on his own, and I think he is the worst fighter I have ever met; in fact, from past experience, they are cowards at heart. One thing I must say, the old Bedfords are with us, and they are a splendid lot of fellows, and it was ‘some’ wood we took, but cannot tell you any more as the censor is awake still.”

Since writing this hospital Lance-Corporal Pratt has been wounded. His mother, who lives at Thomas Street in Heath, has heard that he is now in hospital at Manchester.