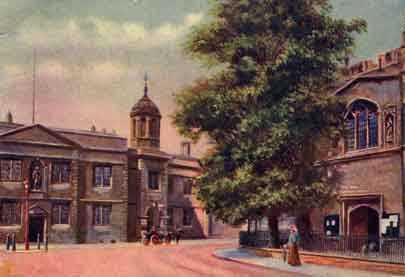 Thursday 27th April 1916: Over one hundred Bedford property owners attended a meeting at the Town Hall yesterday afternoon to protest against the way the military authorities are dealing with owners whose property is occupied by soldiers. There are now 230 large houses in the Borough of Bedford occupied by the military, with an average yearly rental of £41. The property owners were aggrieved at proposals under the Defence of the Realm Act to reduce the amount of rent to be paid for “empty” houses occupied by troops. A resolution was proposed and carried that the action of the military authorities in taking possession of houses for billeting soldiers without paying an adequate rent, “shows a disregard of the property rights of civilians”, and that where houses were taken for billeting on short notice the rent should be reasonable. Also on giving up possession the authorities should pay “a sufficient sum by way of dilapidations to put such houses in a state of good tenantable repair”.

Claims were made that extensive damage that had been done to property: some private houses had been used as stores; fences, railings, and walls had disappeared; and extremely inadequate repair work had been carried out. Many thousands of pounds would need to be spent on these houses to put them in the same repair they were in before August 1914. In addition a great deal of beautiful pasture land had also been ruined, for which the amount of compensation offered was “preposterous”. Tthe resolution passed at the meeting was to be sent to Mr. F.G. Kellaway, M.P., together with requests that he should forward it to the Secretary of State, and that he should receive a deputation of three of their number.