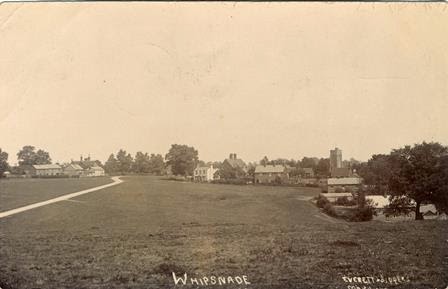 Saturday 12th June 1915: Rumours are spreading in the south of the county that another Zeppelin raid has been made during which bombs were dropped on the small, peaceful community of Whipsnade. The consensus is that six bombs fell on the village during a raid in which the Berkhamsted and Hemel Hempstead areas were also attacked. The Zeppelins are said to have escaped without drawing any defensive fire.

The true story is rather less alarming. A large number of troops camped a few miles  from Dunstable were carrying out night manoeuvres, during which heavy guns were fired as part of a mock fight. These startled a local resident out of her sleep and she, assuming the worst, sent a message to Dunstable announcing that bombs were being dropped on Whipsnade.