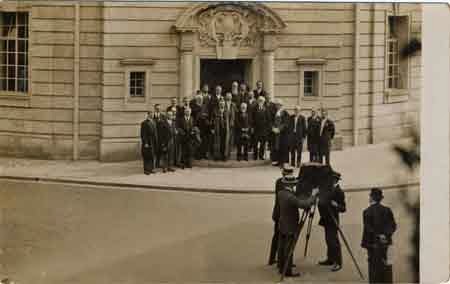 Wednesday 9th June 1915: Following a meeting of Luton Town Council last night the decision has been taken to ban newspapers published by Lord Northcliffe from Luton Public Library. This decision has been made in response to the “scandalous and unscrupulous attack” made on Lord Kitchener by the Daily Mail, the Times and the Evening News. Other newspapers connected with Lord Northcliffe belong to the Associated Press, putting them on a rather different footing, and these are not to be covered by the ban. The Libraries Committee had not requested a ban; although they objected to the statements made in these papers they felt that any action should come from the national government. Alderman H. Arnold of this committee suggested a vote of confidence in  Lord Kitchener would be sufficient and pointed out that the Times was a paper of national reputation; there was some subsequent argument over whether this could still be considered the case. Mr. C. W. Esscott did not see why he should be deterred from reading the Evening News in the library just because other people did not agree with its views, and Mr. W. W. Merchant thought the Council would be going beyond its rights in banning the Times, a national paper which published letters from eminent men which did not appear elsewhere. Despite these arguments against the resolution it was carried by a majority of twelve to eight.