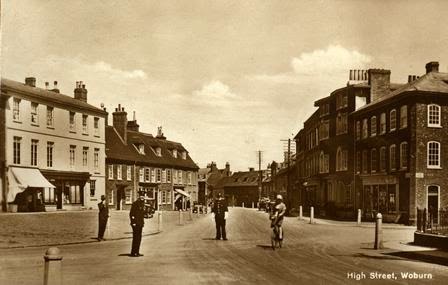 Friday 18th June 1915:  Private James Henry Tack of the Norfolk Yeomanry has appeared at the Woburn Petty Sessions today charged with driving a motor car on the highways in a manner dangerous to the public. At 6.25 on the morning of March 31st Lieutenant Lister of the Royal Engineers was addressing a party of about 40 men on Sandhills Road, Aspley Heath when the car came along, driven furiously at a speed which manner both Lt. Lister, his sergeant and others of their men considered dangerous.

The car was the property of Sir John Ramsden and Private Tack was his chauffeur and was driving the car to Sir John’s seat. His defence counsel said that Private Tack, a married man aged 29, had been driving as a professional chauffeur for eight years and had been head chauffeur to Sir John for four. He had a perfectly clean record. He had joined the Norfolk Yeomanry in September last year and was wearing his uniform as he drove. As a fellow soldier “he would be the last to attempt to ride over men who were also in the King’s service”. The Chairman of the Bench was confused as to why Private Tack was driving for Sir John Ramsden after he had enlisted. His counsel explained that Sir John held a commission in the Norfolk Yeomanry and Tack was therefore a military servant. The summons was dismissed under the Probation of Offenders’ Act and Private Tack was ordered to pay costs of £3 8s.6d.