Never Play With a Loaded Gun! 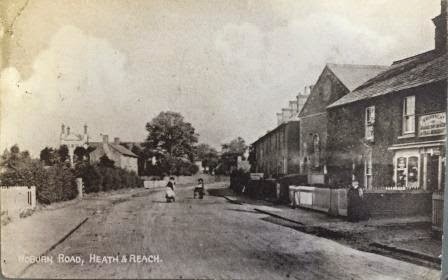 Sunday 27th June 1915: A fourteen year old Leighton Buzzard boy, Bernard Farr, was injured last night in an accident with a pistol. Farr lives with his grandparents, Joseph and Ellen Lansbury, in South Street. He was out for a walk with their youngest son (and therefore Farr’s uncle) Harvey Lansbury, aged eleven, near their home when Farr put a bulleted cap into a small pistol and pulled the trigger. The cap misfired. Farr then tried to prise the cap out of the breech, holding the barrel of the gun in his hand. Unfortunately he touched the trigger and this time the cap did explode. The bullet passed through Farr’s hand, between the base of his thumb and first finger, then cut through Lansbury’s clothing. Although Farr’s wound looked ugly it is not likely to cause any permanent injury. Lansbury suffered a large bruise and was badly frightened by the experience. By a strange coincidence Harvey Lansbury's cousin Amos Lansbury wrote to his parents, Mr. and Mrs. David Lansbury of Woburn Road, Heath and Reach, to say he was in hospital in France suffering from a wound in his right hand. Before the war Private Lansbury was employed at the printing works of the Leighton Buzzard Observer; he is now serving with the 1st Battalion of the Bedfordshire Regiment.